This photo by Ansel Adams is “The Giant Dome” which was the largest stalagmite that had been discovered in 1941-42. It is 16 ft. in diameter and estimated to be 60 million years old.

In 1941 the National Park Service commissioned noted photographer Ansel Adams to create a photo mural for the Department of the Interior Building in Washington, DC. The theme was to be nature as exemplified and protected in the U.S. National Parks. The project was halted because of World War II and never resumed.

This photograph is part of the Ansel Adams Collection at the National Park Service. 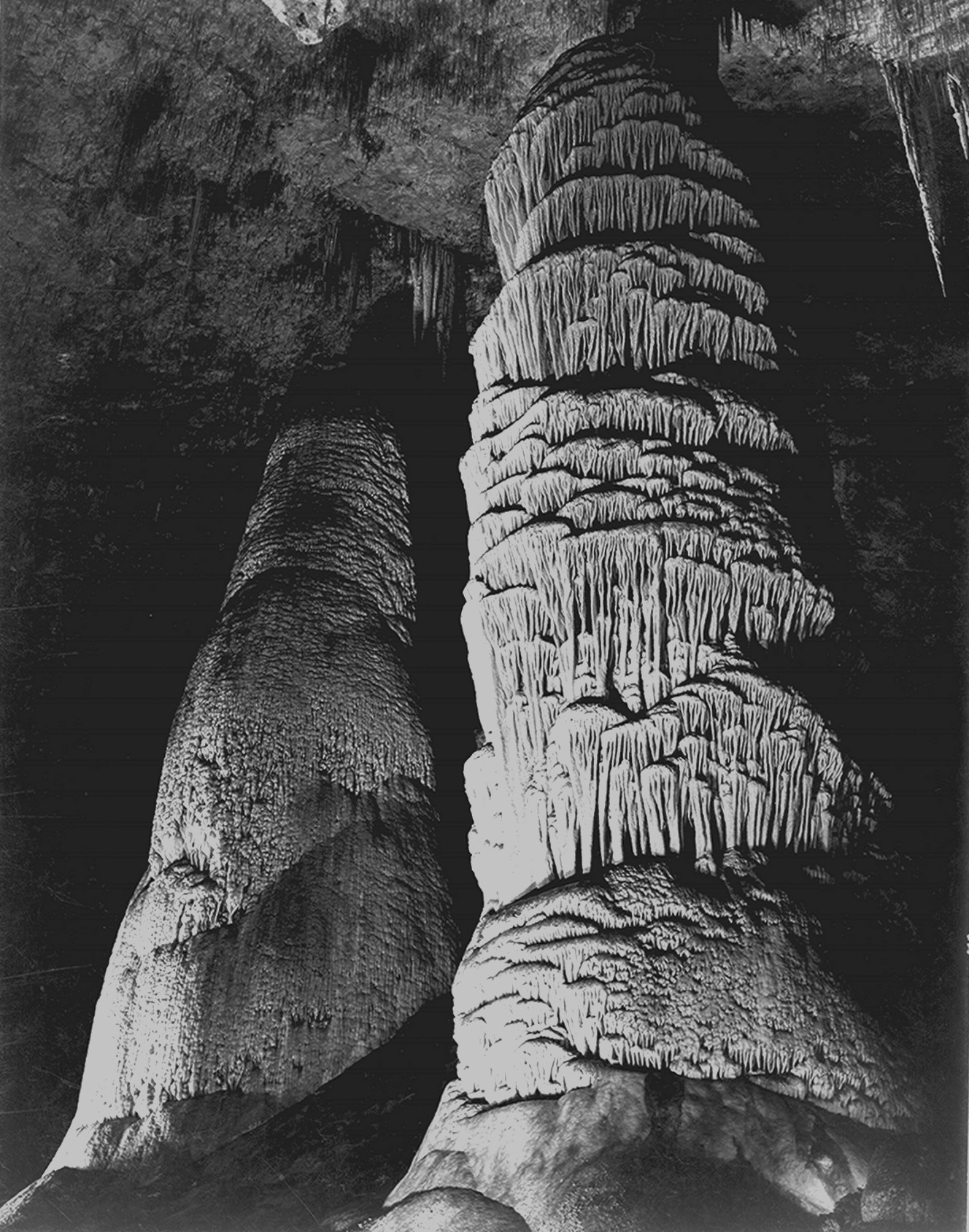