This photo shows the Gantry Crane where the rocket would be launched and the blast pit.
In all, 67 V-2 rockets were assembled and tested at White Sands between 1946 and 1952, providing the U.S. invaluable experience in the assembly, pre-flight testing, handling, fueling, launching, and tracking of large missiles. In the late 1940s, several V-2s were combined with a smaller rocket, the WAC Corporal, to become the first large, multi-stage rockets to be launched in the Western Hemisphere. 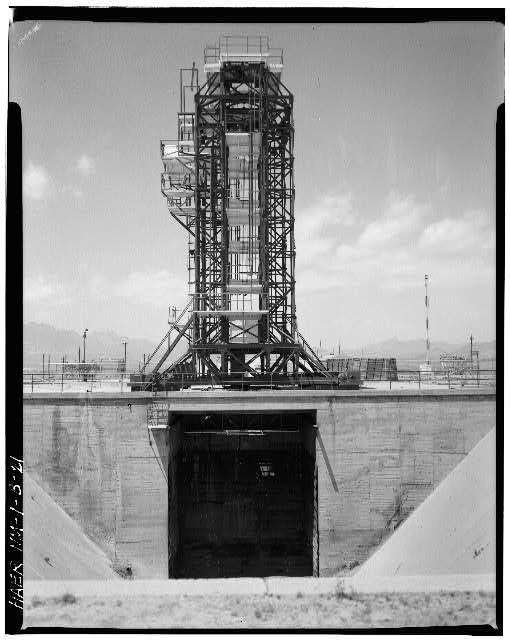