This short article was included as part of Local Items of Interest. It explains the activities of an employee of the Biograph Company, which operated out of New York from 1895-1928. Films were produced in New Mexico before statehood by companies like Biograph. According the the New Mexico Film Industry, Biograph produced two films in 1912: (1) a Drama/Romance Two Reel called- A Pueblo Legend and (2) a Comedy called- Tourists,The. 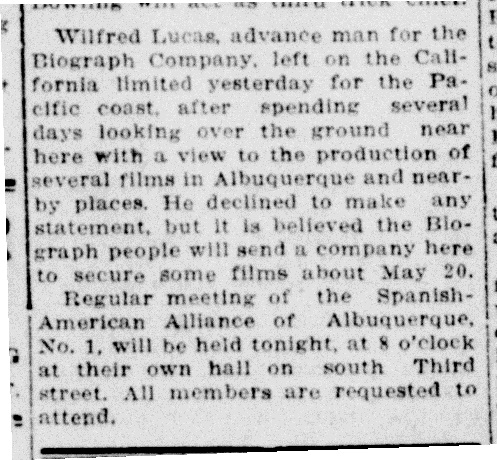