This cartoon by Clifford Berryman appeared in the Washington Post on May 24, 1911.
On June 20, 1910, Congress passed an act to authorize the people of the New Mexico and Arizona Territories to form constitutions and state governments, and provide for the admission of the states into the Union once those constitutions were approved by Congress. After the Territories held constitutional conventions and had their constitutions ratified by the people, each Territory submitted their new constitution to Congress. Arizona’s constitution, however, contained a provision for the recall of judges—a provision which was opposed by many members of Congress as well as by President William H. Taft. 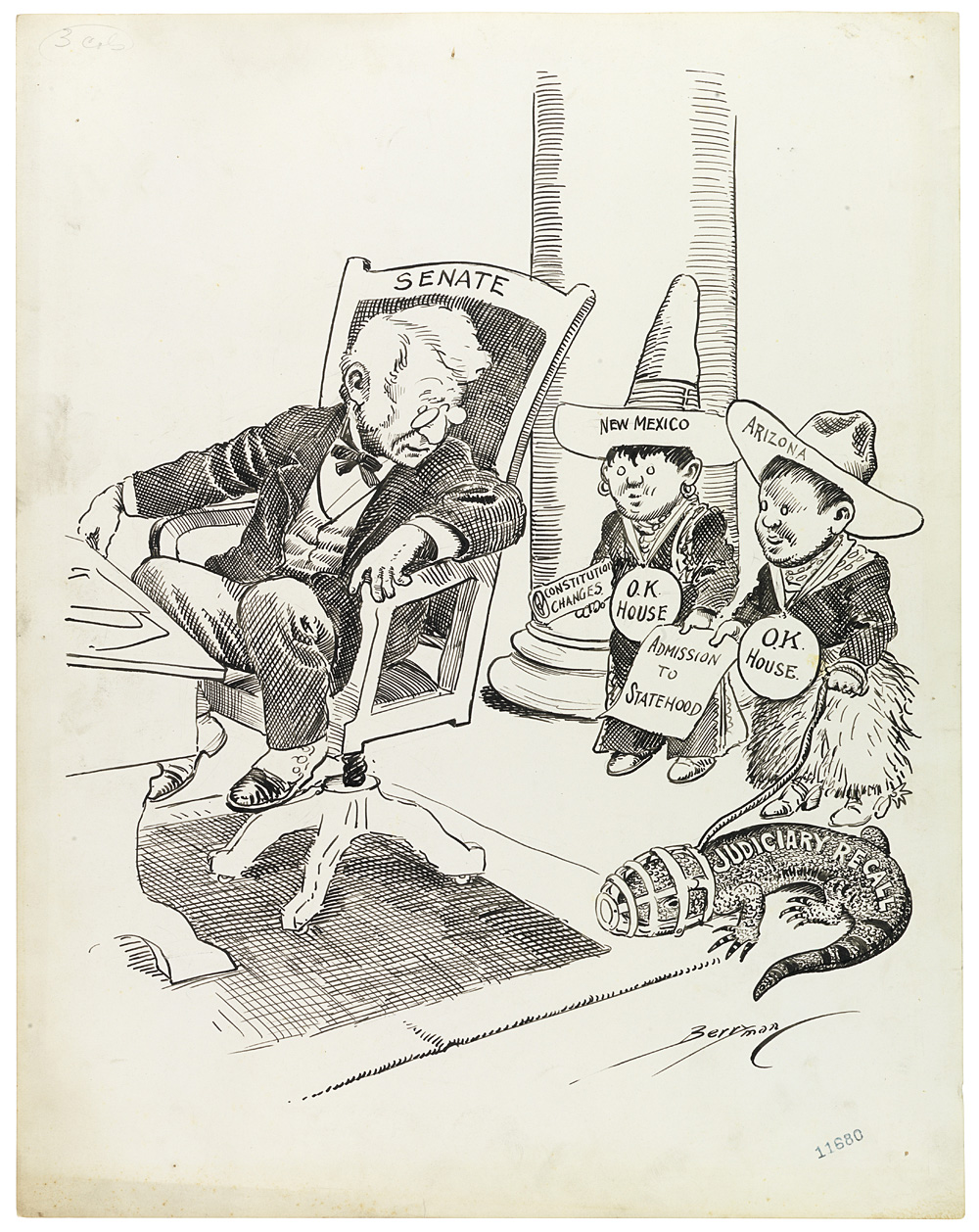