On August 10, 1911, Congress passed H.J. Res. 14, “to admit the territories of New Mexico and Arizona as States into the Union.” The legislation, however, contained a requirement that the people of Arizona vote on the recall provision as a separate measure. On August 15, 1911, President William Howard Taft vetoed the statehood resolution in large part because Arizona’s constitution allowed for the recall of judges, a provision that he stated went against the need for an independent judiciary. Immediately after Taft vetoed the resolution providing for New Mexico and Arizona statehood, Congress passed S. J. Res. 57, admitting the territories of New Mexico and Arizona as states conditioned upon Arizona voters’ adoption of an amendment to the constitution removing the judiciary recall provision. President Taft approved the resolution on August 21, 1911. Arizona voters removed the recall provision and on January 6, 1912 Taft signed the proclamation making New Mexico the 47th state. The next month, on February 14, 1912, Taft signed the proclamation making Arizona the 48th state, and the last of the contiguous states to be admitted to the union. 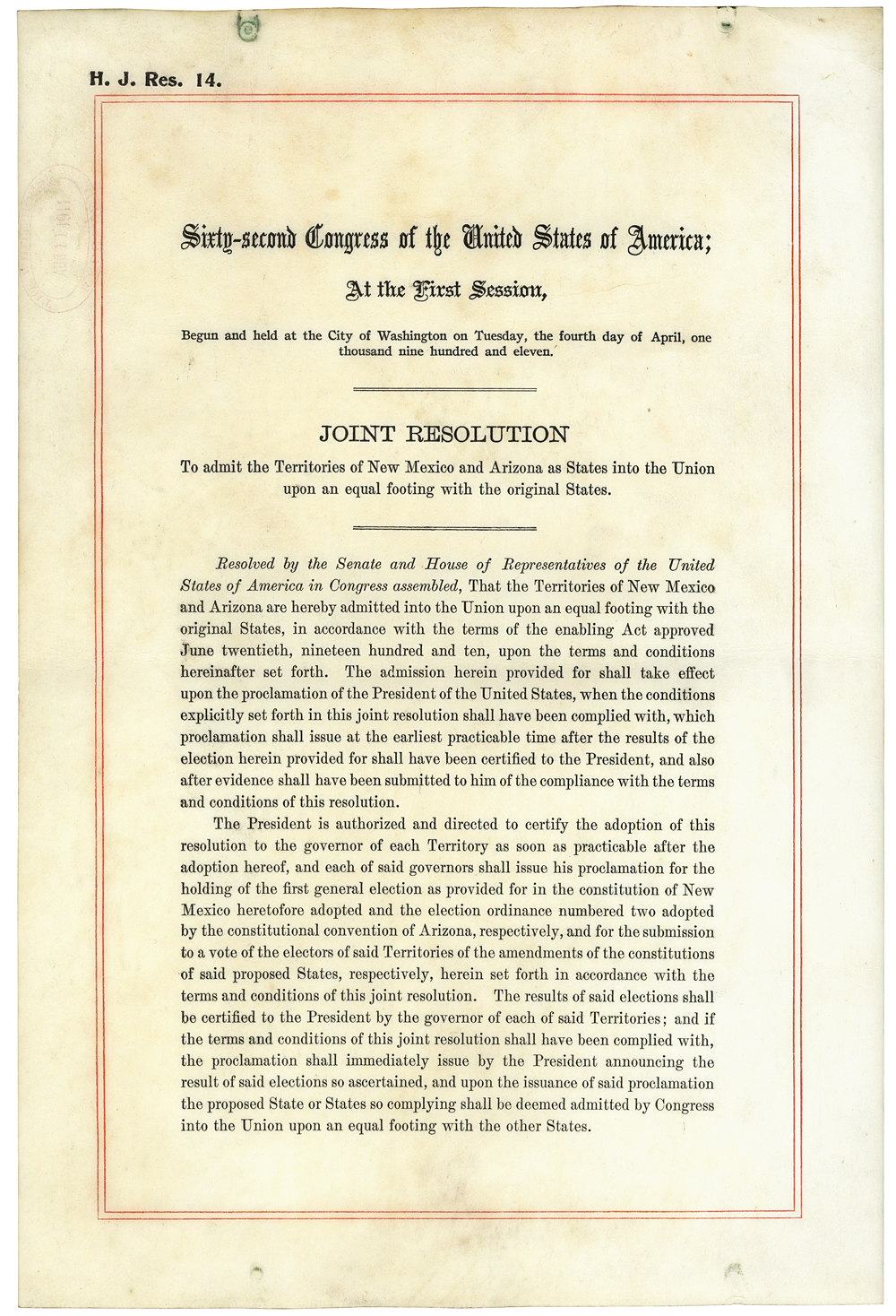