World War I cartoon shows a hand in a gauntlet (decorated with the imperial German eagle) carving up a map of the Southwestern United States. Arizona, New Mexico, and Texas are labeled “For Mexico.” California is labeled “For Japan(?)” The rest of the country is labeled “For Myself.” In the spring of 1917, the British government intercepted and turned over to the United States a message from German Foreign Secretary Arthur Zimmermann to the Government of Mexico, urging Mexico to join with Japan and declare war on the United States. Zimmermann suggested that this would be a way for Mexico to reclaim the Southwestern states lost during the Mexican War. American outrage following the publication of the Zimmermann Telegram was one of the factors causing the U.S. to declare war on Germany. Berryman follows the popular notion that the German Kaiser was the force behind German aggression.

This cartoon was published in March of 1917. 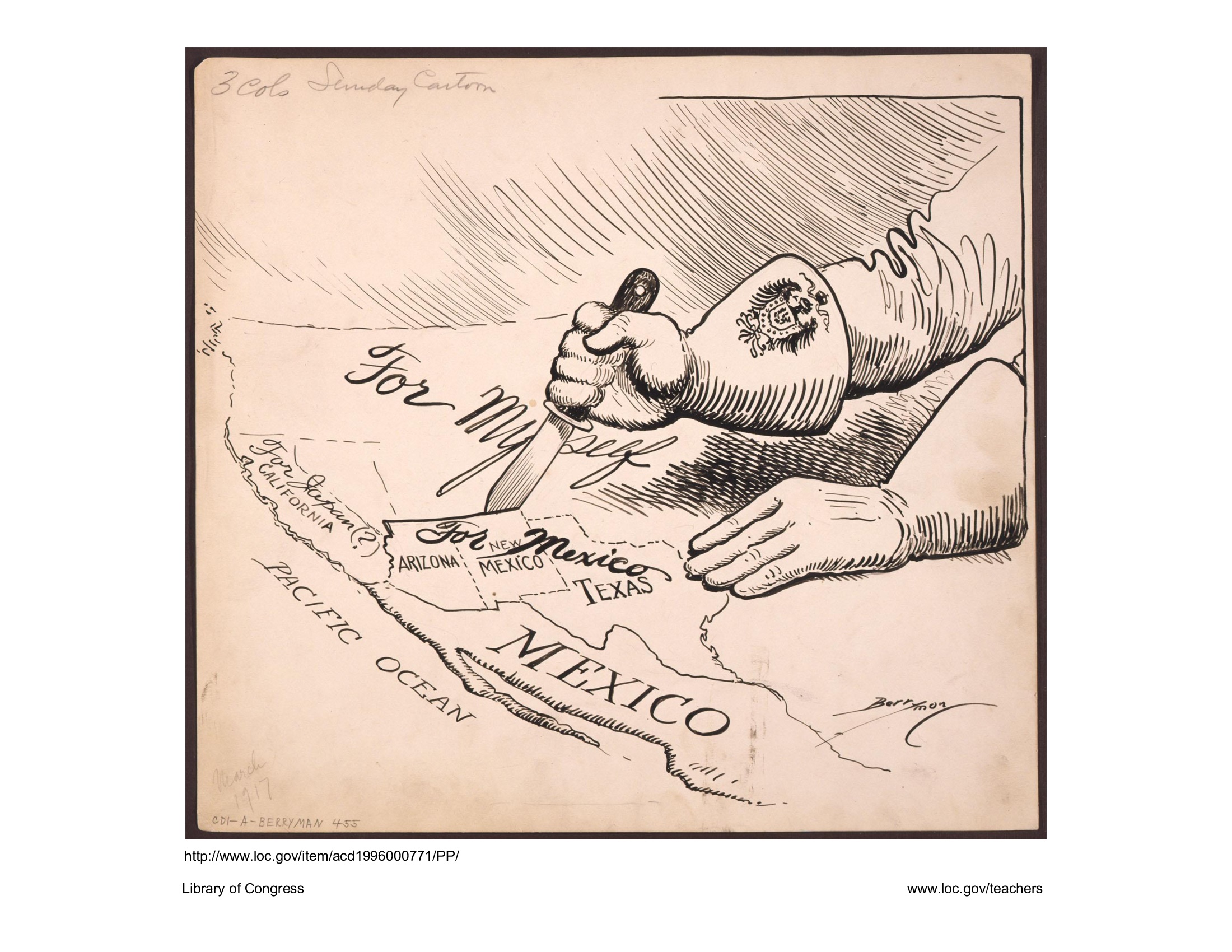