This article describes the secrecy and censorship that affected New Mexico during the original development of the Atomic Bomb. It was published the same day (August 6, 1945) that President Truman revealed the Atomic bomb had been dropped on Hiroshima and that it had been developed in New Mexico. 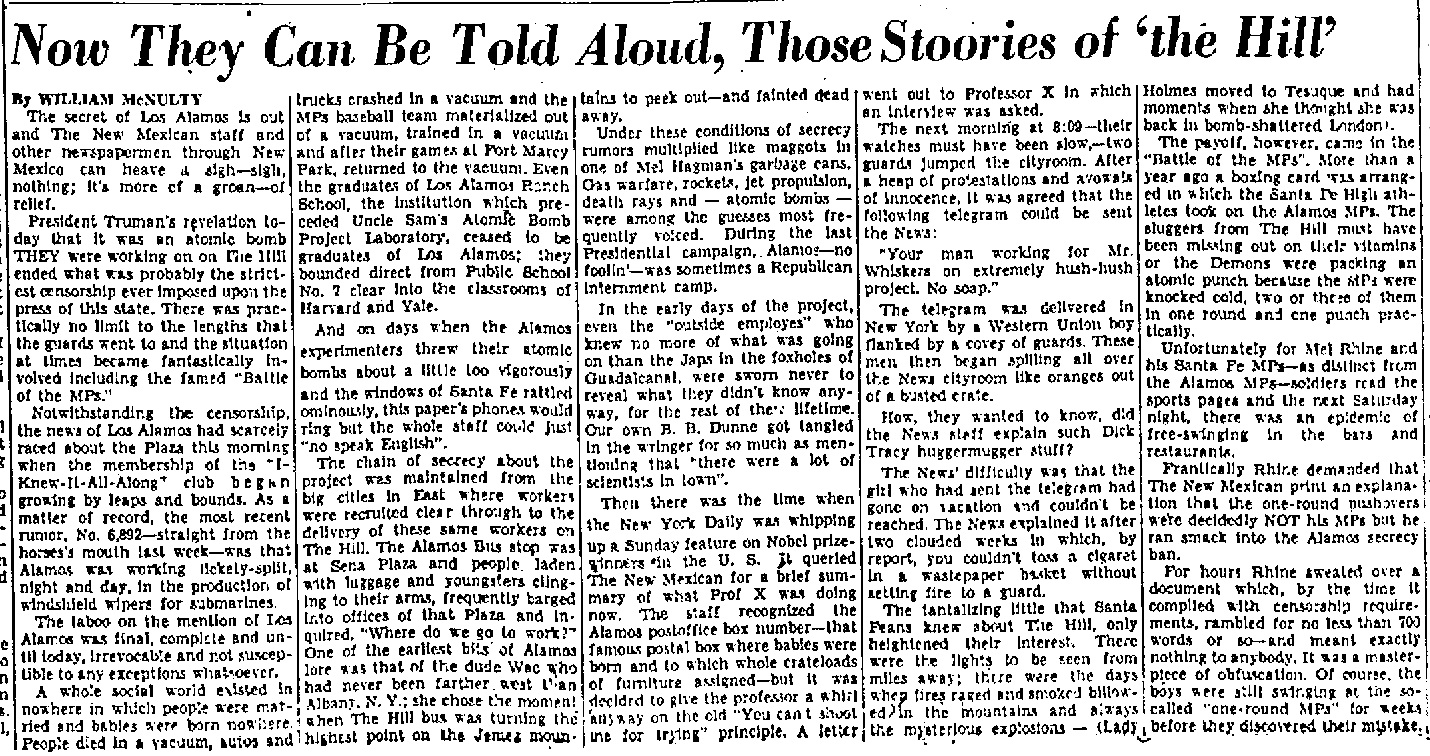