This is photograph of the town from above to show how the town was organized. Information, including photographs and drawings, were complied and done by the Historic American Engineering Record in 1975.

The town is a small element in a great natural amphitheatre surrounded by cliffs and steep slopes to the mesa. The Pecos River cuts its way into and out of this valley through two canyons and casts itself in three long loops deflected by a central spine of rock – a hill half steeply sloped and half sheared vertically down to the stream – from which comes the name El Cerrito. The upper loop of the Pecos River encloses the present town and its fields, separated from each other by the acequia which is said to have existed when the Spanish came here. A small church plaza faces a continuous spine of buildings down the center of the town. The second loop with its ground entry almost closed by the mass of El Cerrito, shows evidence of prehistoric Indian settlement and cultivation of an exactly similar pattern. A portion of a dam exists which fed a second acequia into this loop as late as the Nineteen Twenties. The prehistoric settlement was more completely protected by river and by hill than the Spanish settlement and enjoyed a somewhat better southeast orientation. The Spanish town was better located for communication with other Spanish settlements west of the Pecos. In the generally arid lands of New Mexico, the rush of water through man-made channels and the sunlight reflections of water in freshly-drowned fields of green plants please the senses of sight and sound. 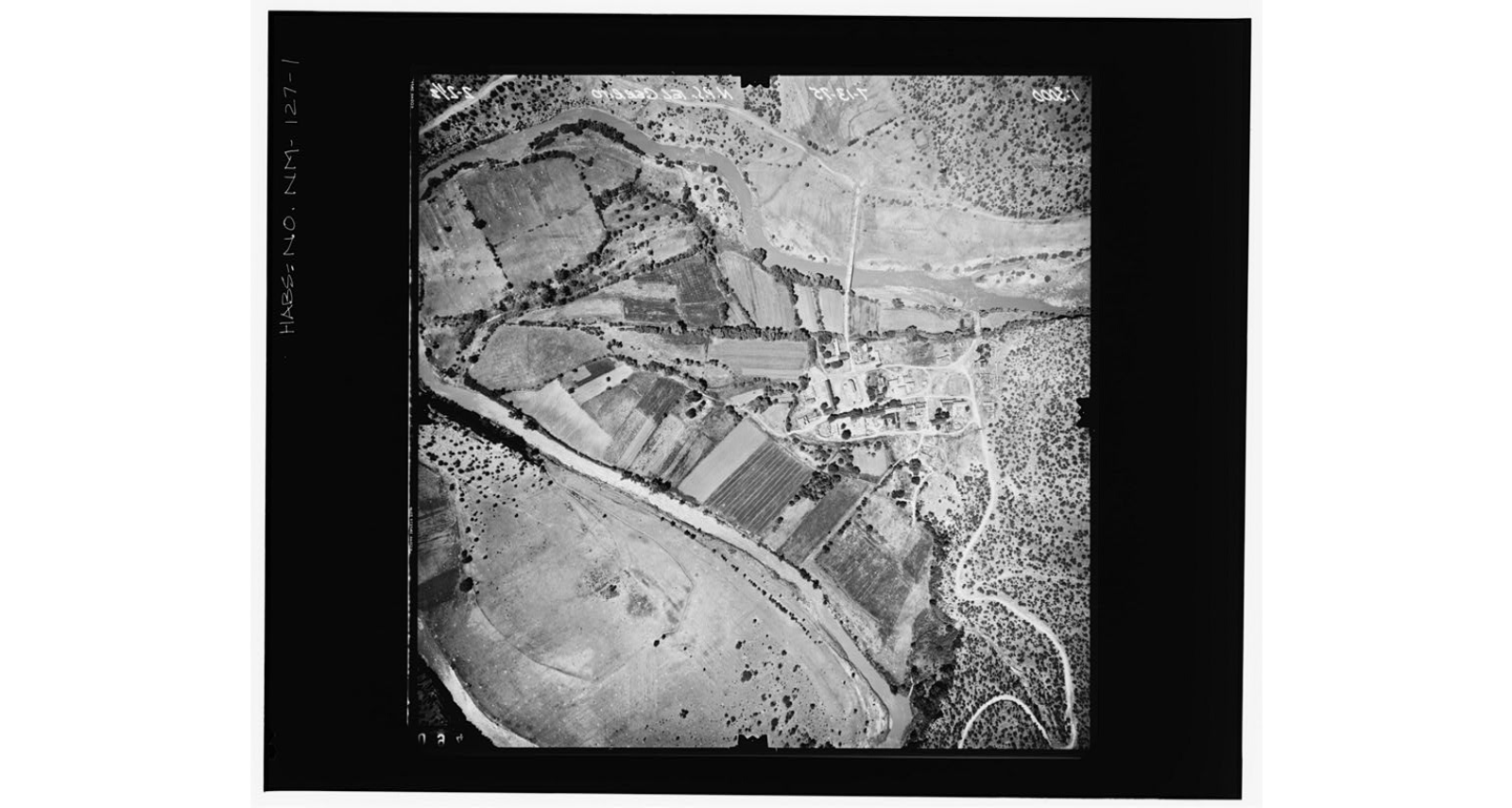