This is a photo of the rodenzo (the wheel) part of the Truchas Molino and thus the La Cienega Acequia. This information and subsequent drawings were complied and completed by the Historic American Engineering Record after 1968. The photograph was taken in 2007.
The Truchas Molino is one of the only example of a Spanish Colonial style grist mills powered by a rodenzo, a horizontal water wheel, that is currently operational in the United States. These molinos (grist mills) are unique because of their horizontal wheels, which turn in a counterclockwise rotation, and operate without any gear mechanism. After serving the Village of Truchas from 1873-1940, the mill was saved and moved in 1968, and restored to working condition in 1991. It was relocated alongside La Cienega Acequia, a community shared irrigation ditch that has been active since ca. 1715. The Truchas Molino survives as a unique example of Spanish technological influence, and is a rare survivor of a once prevalent feature of eighteenth and nineteenth century rural northern New Mexico. 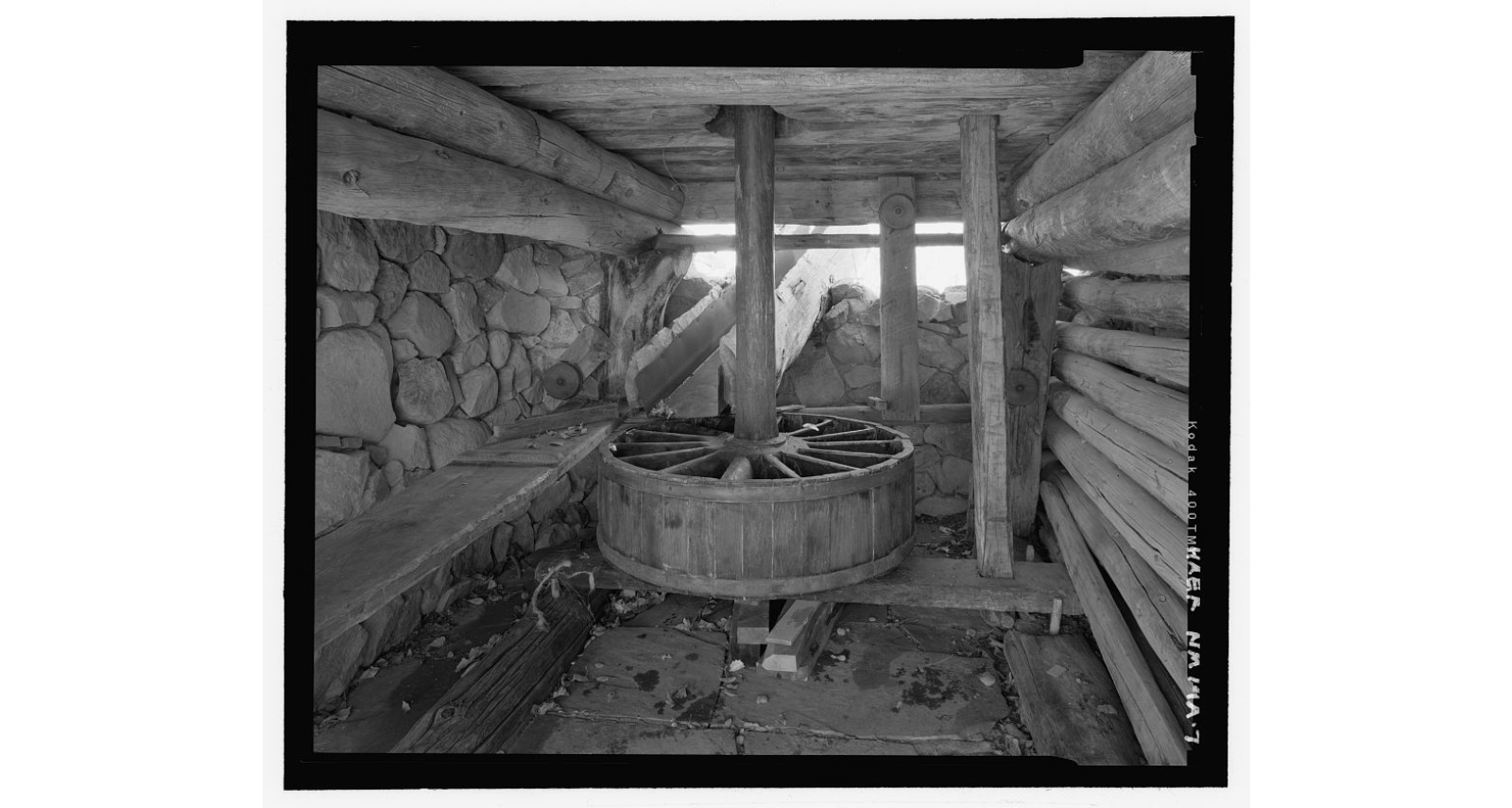